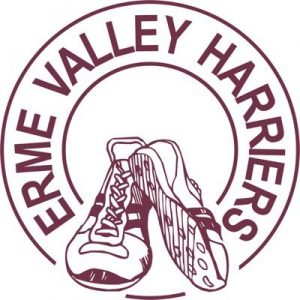 The club was the brainchild of Richard Bristow who formed the club to cater for the runners of Ivybridge and particularly to encourage a friendly and family spirit.
This ideal has never been lost and remains even stronger as a memorial to Richard who was, and will always be “our Chairman”.

We were a small band then of local runners who all inspired by the marathon boom. We had our first “committee meeting in November 1983 and choose our colours of burgundy and white and the shoes logo. We also decided to affiliate to Devon AAA and Southern Counties. Erme Valley Harriers was born.

Initially we ran local races like the Mayflower 10, Polytechnic 20K, Keyham 10 and any marathon going (there were lots then). Eventually we decided that our new junior recruits would enjoy Cross Country, so we took part in the Westward League in 1984. This was a totally new experience for all of us and suddenly we were aware of the high standard of local runners. We have continued in this league ever since with additional forays into the Gwent League and the Mini League.

Our junior sessions were held on a Monday at the school and over the years many people have coached the juniors. We have helped many young people take up athletics and gain much success and enjoyment from it.  The young athletes soon started to compete in Track and Field, initially in Open meetings and Devon Leagues, but latterly in the Westward Track League (now the SW league). The juniors have been supported well over the years by the seniors who have often taken part in many unusual events to help out the club.

Over the years we have organised many races including our own 10K (over various different courses), the Beacon Race, South Brent Hill races, Ugborough Fair, Modbury Mile, a charity run at the Shire Horse Centre, Connells Fun Run, and helped out a numerous others. Our organisation skills have improved and there has always been a team effort demonstrated by the members. Our 10K is now one of the best in the South West.

We have also got involved in many fund raising activities for Charity over the years. We have raised a lot of money for Children in Need with two Exeter to Plymouth runs, a 24 hours marathon and a treadmill relay at Tesco. We have also participated in various Ivybridge carnivals and held numerous social events including Hash runs, Orienteering, Partner relays, as well as Christmas parties, beach barbeques and of course coach trips to Albaston.

We moved our base to Ivybridge Rugby Club a few years ago after outgrowing the Leisure Centre. In recent times we have attracted new runners by running beginners sessions including the Couch to 5K programme.

Our juniors have done well in the Devon Sportshall League and have been champions for the past two years. We have produced some quality athlete over the years who have gone on to national and international representation. We offer coaching for all from 8 years upwards run bu qualified and experienced UKA coaches. We also have a number of qualified officials many of which were at the Olympics in 2012.

We welcome any new potential athletes of all abilities to our sessions. Why not see what we have to offer.